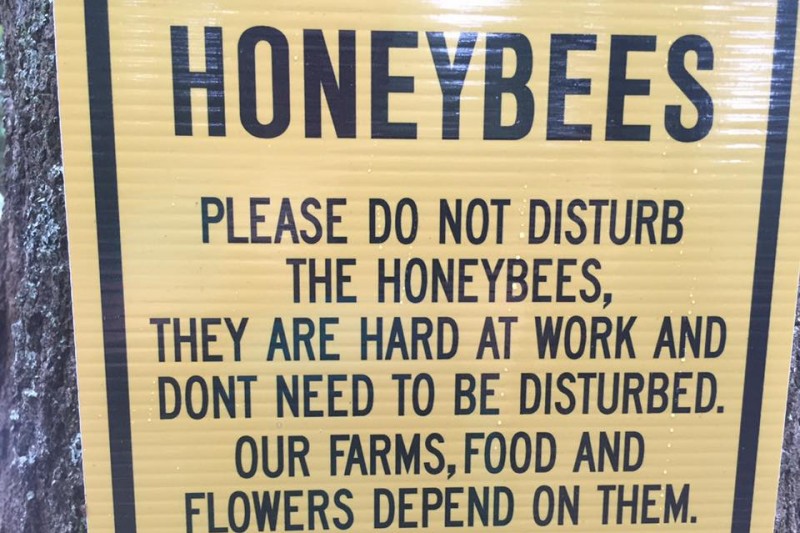 Parts of Dorchester County SC were sprayed with the controversial European banned pesticide Naled Sunday. Millions of Honey Bees succumbed to the aerial spraying. Honey Bees pollinate a very high percentage of our food crops. Without the Honey Bee, we would not be able to grow most of the foods we enjoy today.

Out of concern for children Miami Dade County recently suspended aerial sprays of Naled during the week. There are eco friendly and less toxic pesticides, but there is also a history of abuse tied with pesticides that remains largely unreported. Sunday’s spraying took place between six and eight thirty in the morning, just as the bees were waking up.

A GoFundMe page (https://www.gofundme.com/2mxrsvjg) has been established in response to the devastation. Any contributions are greatly appreciated.

You can also show solidarity by connecting with Flowertown Bee Farm on Facebook.

An individual Honey Bee will only produce 1/12th tsp of honey during their entire life. In fact efforts of the Honey Bee go largely under-appreciated. The loss of so many Honey Bees at Flowertown Bee Farm this past weekend will certainly have an impact on the local community.

Social media echoed feelings of loss for the tragedy this week. “Survival of the Honey Bee” was already a championed cause for many before Sunday’s spraying. Several residents in Summerville are left feeling angered. Did the county follow all precautionary actions, was sufficient time allowed to protest the spraying before it occurred?

Fortunately for both, the county has not scheduled any future aerial sprayings.